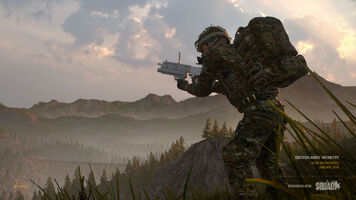 The Grenadier is one of the Kits available in Squad. A Grenadier is usually armed with a standard rifle with an under-barrel grenade launcher (UGL) mounted on it.

The Grenadier's role is to provide indirect fire support with his UGL using either High-Explosive shells to engage enemy infantry behind light cover at a range of up to 400 meters, or smoke shells, providing a smokescreen to cover friendly forces as well as disorienting enemy.

Thanks to the V10 Update learning the arc at which the grenades fly from your UGL is no longer necessary, all one must do is use the games in game ranging system. It should also be noted the GP-25 UGL has Indirect fire settings to be used at 200m or 300m like a mortar.