Insurgency is one of the Game Modes in the game Squad.

The Objective of Insurgency is to destroy randomly spawned Caches of the Insurgents team.

At the beginning of each round, there are two large weapon caches that will appear to the The OPFOR after a short time. After a period of 4-6 minutes the Coalition will be notified of the first caches. 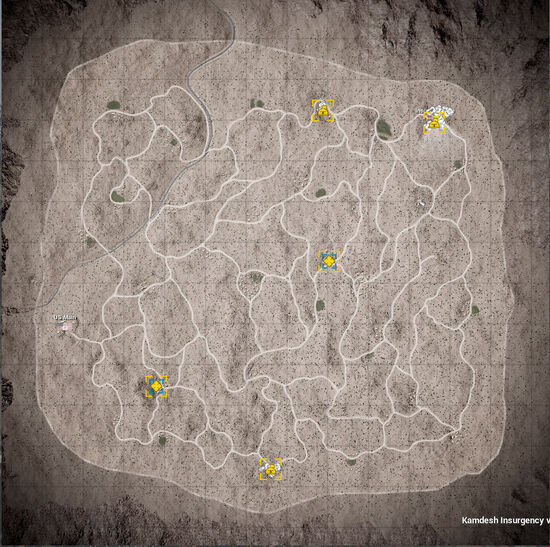 Coalition forces must gain "Intelligence points" gained by successfully killing insurgents. Once a threshold is reached 50, for small maps, or 60 for larger maps, a new cache will be revealed if 2 are not already active. Each new cache must be a minimum distance away from other caches, 300m for small maps, 400m for large. It will then find a valid cache spawn location that fits these conditions if possible, and then spawn the cache.

The OPFOR team has 600-800 tickets (depending on the map), while the BLUFOR team will start with 200 tickets. For BLUFOR to win the game, they must destroy 3 caches, while the Insurgents needs to deplete the tickets of the BLUFOR team or run down the in-game round timer.

Destruction of the cache decreases the ticket count by 1 for the defending side, and increases the attacking side by 30 tickets.

How to destroy the cache[edit | edit source]

Only two players can destroy the cache, the Squad Leader and the Combat Engineer.

NOTE: When you get close to the cache, it will advise that the object is destroyable with Engineer Explosives.

If the Incendiary Grenade goes off near the cache, it will result in the cache catching fire and blowing up. 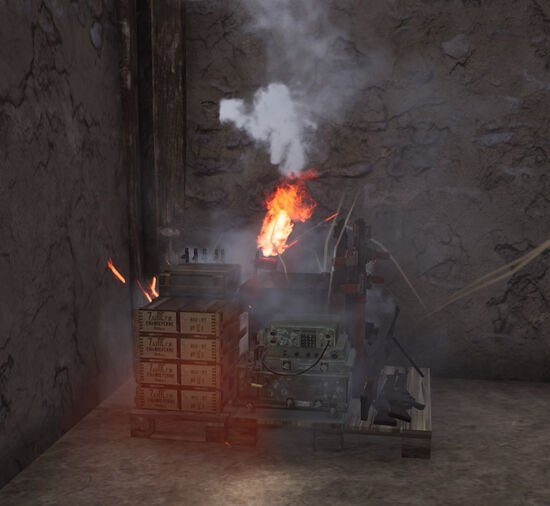 The Combat Engineer can use his explosives. 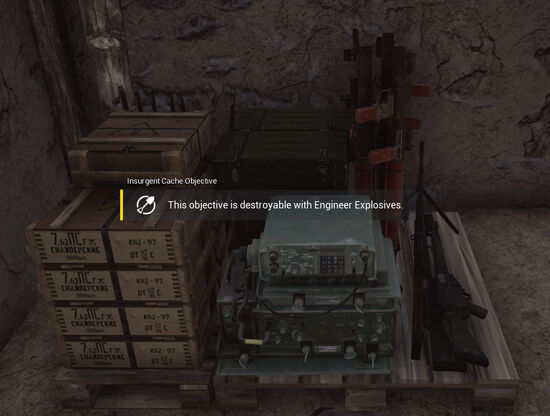 If you do not see any weapon caches, you can wait for one to appear instead of spawning at the BCP. This can save a great deal of walking, better still speak to your squad leader to find what his plan is before spawning. With maps that don't have a BCP place down extra FOBs and Rally Points (Spawn Points)

The Insurgents must drain the BLUFOR team's tickets or wait out the clock to win.