The M939 Truck is one of the Vehicles available in Squad. The M939 is a general purpose 6x6 Transport and Logistics truck that has been in service with the US Army since 1982. 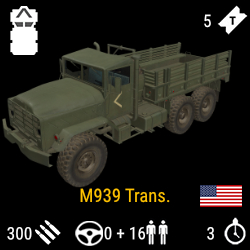 The M939 Transport variant is best for fast movement of a squad to different places around the map. 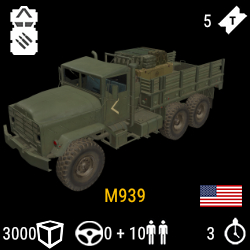