The SKS is one of the Weapons available in Squad. The SKS is adopted as the standard service rifle of the Soviet Army from 1945 to 1947 when it was replaced by the infamous AK-47.

The SKS is a gas-operated, tilting bolt, self-loading semi-automatic carbine. It is designed by Sergei Gavrilovich Simonov in 1944 and adopted by the Soviet Army in 1945 as the standard infantry rifle. Large scale-production began in 1949 and continued until 1958. The SKS served as the standard infantry rifle in the Soviet Army, complementing the AK-47, which was used in the role of a Submachinegun. However, in the late 1950s, the decision was made to discard the SKS entirely and equip all infantrymen with AK-type rifles, resulting the SKS being relegated to use as a second-line service infantry rifle by the 1960s. Many countries in Asia and Europe had manufactured versions of the SKS carbine, such as the Chinese Norinco Type 56 Carbine, Yugoslavian M59/66, and the East German Karabiner S.

The SKS has a conventional wooden stock, rifle grip, a chrome lined barrier, and a foldable bayonet that comes with the carbine. The SKS is gas-operated that has a short gas piston and spring-loaded bolt carrier. Due to its long length, the SKS has slightly higher muzzle velocity than many Soviet firearms. Most SKS carbines have a free floating firing pin in which users must take good care while cleaning so the pin can freely move. The SKS uses 7.62x39mm cartridges.

A SKS with an old PU-1 optic mounted on the side. This old WW2 era sight can be ranged out to 1000m and almost turns the SKS into a low caliber designated marksman rifle. 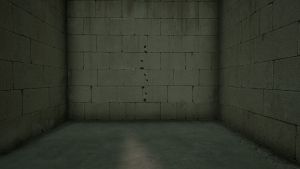