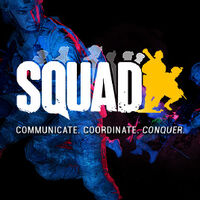 WIKI_TASK: We need nice and new showcase screenshots and videos below (purpose: promotion of Squad).

Squad is a Multiplayer only First Person Shooter that is being developed by Offworld Industries. It is inspired by the Battlefield 2 total conversion mod Project Reality. Squad is currently an Early Access title that was launched on December 15, 2015, on Steam.

Squad is a Tactical Military First Person Shooter in development on Unreal Engine 4 that bridges the gap between serious MilSim titles, and casual shooters. It will feature Combined Arms warfare on maps up to 16km², which will include land vehicles such as IFV, APC, Tanks, ground attack aircrafts and helicopters, alongside infantry.

Squad success relies heavily on teamwork and communication; featuring built in VoIP, with “Local” chat for players with a certain proximity, “Squad” chat that is focused on player within your squad, and “Command Net” chat, that is open to only squad leaders. The players dictate how the scenarios unfold with base-building and interactive environments, intuitive squad command and management tools and large-scale warfare where strategy and leadership are just as important as a quick trigger finger.

The Official Squad Website is a reliable resource for getting up to speed with the new content coming to Squad.

A rough view of all future content coming to Squad is showcased on the Official Squad Living Roadmap.

Squad is in active development. The latest live release is Beta 21.1

Every change, fix, patch, update, release and content highlight for Squad can be found summarized on the Release Versions page. 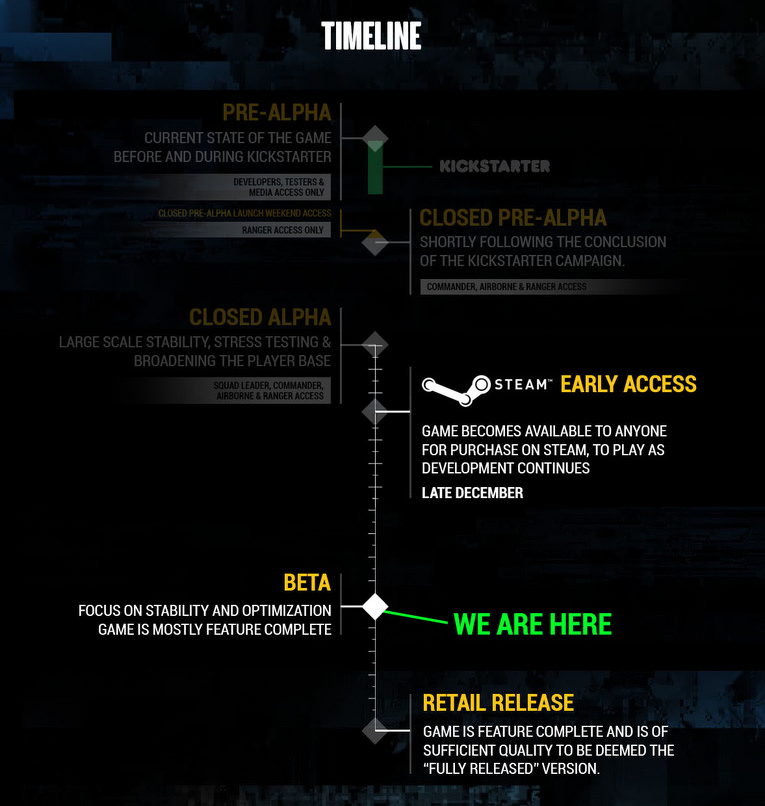 The Timeline on the right shows a simplified view of how Squad has progressed since its inception, with the table below providing more detail.