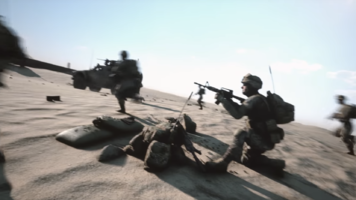 US Army squad leader leads his squad in the offensive while putting a rally.

The Squad Leader is a command and support role whose primary responsibility is to lead his squad of up to 9 players in coordination with other squad leaders to accomplish their team's objectives. It is available to all factions.

The squad leader is one of the most difficult roles as it requires deep knowledge of the game, along with strong leadership, organization, and communication skills.

The squad leader uses rallies to keep his squad in the game; command comms to coordinate supplies, assets, attacks, and defenses with other squad leaders; and map markers to relay enemy positions to the rest of the team. He places FOBs in order to establish a presence for his team on the battlefield. How effectively the squad leader performs these duties impacts how enjoyable the game is for his squad members and the rest of his team.

Tip: When you first begin squad leading, inform your squad members of your inexperience. They will be more forgiving of your mistakes and ready to provide useful advice.

How to play as Squad Leader[edit | edit source] 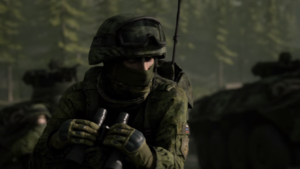 How to be a good squad leader[edit | edit source]

How to be a bad squad leader[edit | edit source]