The Squad SDK is the official Squad software development kit. The following is a guide on how to download and set up the Squad SDK.

Unreal Engine 4 has some specific hardware and software requirements for running the game and editor or developing with the engine, check them before downloading the Squad SDK.

Following are the current system requirements:

If your computer does not meet the Minimum requirements specifications necessary to run this, you may experience significant problems while modding. The SDK will stutter, lag and crash on you, anything above 8 GB - 16 GB of RAM is recommended for modding in the SDK. Also note that, if you have only 8 GB, close any programs you have that take RAM; Discord and web browsers, etc. If not, the SDK will have 'Fatal Errors' due to lack of RAM and force quit/crash itself. These errors and crashes can happen at any time, so save your mod periodically. 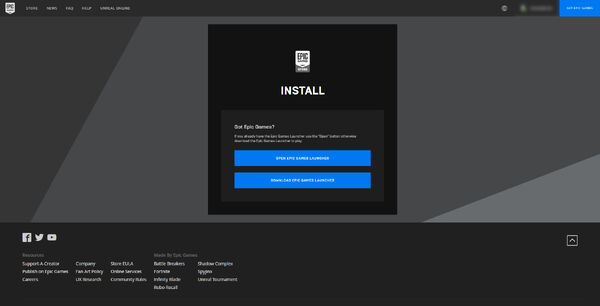 Unreal Engine is the engine used by the SDK itself and also by the game, there are also a lot of tutorials and documentation on the official site on how to use it. 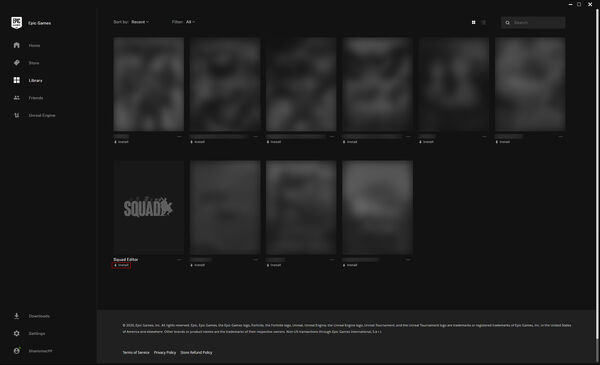 Once you have downloaded the Epic Games Launcher you should:

After your installation has finished, the "Install" button will change into "Launch". Make sure to click "Launch" only once (otherwise you would start multiple instances of the editor).

Launching the SDK takes a very long time, particularly for your first start. For more information on this, see #FAQ.

Getting started with the SDK[edit | edit source] 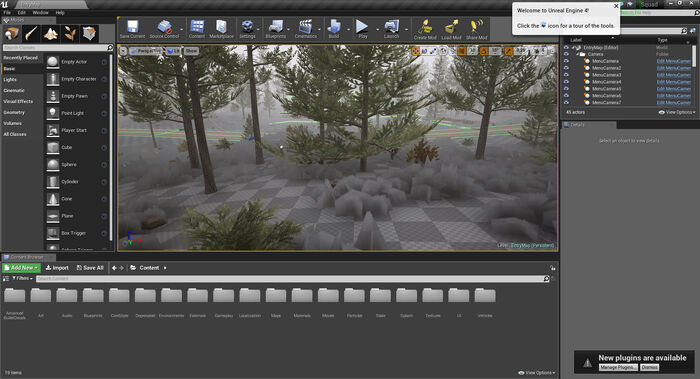 To ask how to get started with the SDK (i.e. Unreal Engine Editor) is like asking "how to live life". There is so much to learn, it could never fit onto a single wiki page or even barely an entire wiki. Hence, we have only listed the most useful beginner's tutorial and essential resources you need to know. For all the rest, you have to find out yourself (or ask your fellow modders).

Having problems with the SDK[edit | edit source]

Having problems with the SDK? Is your mod not opening up correctly? Are files missing? Repair the client.

This FAQ has been compiled to answer the most common questions asked by modders. It contains questions and answers related to the Squadk SDK and the Steam Workshop.

The Squad SDK is shipped "As is" and Offworld Industries offers no guarantee and/or warranty that it will function with your specific hardware setup. EULA is the license of EPIC games when you install Unreal Engine 4. Any violation of those terms is the sole responsibility of the user.

Feel free to rip this stuff apart and poke around but do not attempt to export or reverse engineer assets to any other program. Doing so will result in immediate and permanent loss of access to Squad at Offworld Industries discretion.

If you need support or want to discuss the SDK with other members of the community working on maps, you can join the Squad Modding Hub at this link: https://discord.gg/a9f4FvW